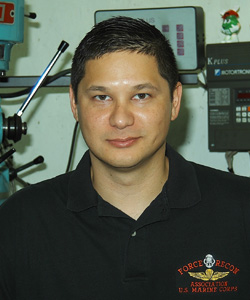 I was born in Texas where I have lived most of my life, but I also lived in Indonesia, Taiwan, Singapore and Thailand. I have been interested in knives ever since I was very young. I have been practicing different martial arts over the past 30 years like Okinawan Te, Thai Boxing, Northern Shaolin and Kali. These trainings, along with my experiences as a Recon Marine, gave me the perfect background to design both defense and utility knives.

During the time I spent at 4th Recon C Company, I was a Team Leader in charge of a Deep Recon Platoon. I am trained in Artillery Call for Fire, Naval Call for Fire, SOTG, Amphibious Recon and many in-company trainings.

I have a Bachelor Degree in Criminal Justice and an Associate Degree in Fine Arts. I started making knives part time while I was in College and decided to become a full-time knifemaker after graduating.

I have been making knives since 1988, constantly researching, refining and developing this craft.

I am a member of the American Knifemakers Guild since 1994. At that time I was the youngest Guild Member. I am currently serving as a Director on the Board of the Guild.

My work has been awarded several prizes:

From an early age I was exposed and trained in various forms of art. Some of these art forms are: acid etching, printing, drawing, painting, architectural drafting, guilloche work and enameling. In 1985 I won the First Place at the Asian Art Fair in Singapore with a five-color printing. I was the first knifemaker to introduce the lost art of guilloche to the cutlery world.

After 4 years of research and study, in 2002 I began making watches. I make everything on my watches except the movement, crystal and hands. My goal is to eventually modify movements and construct my own hands. 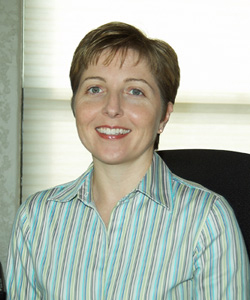 I was born in France where I lived until I moved to the US in 1995. I have the equivalency of a Bachelor Degree in Law. I speak French and English fluently.

I have worked as an Assistant Manager and a Manager of different retail operations in France. I also have a solid experience as an Executive Assistant with two major American companies in France.

At Elishewitz Custom Knives, I take care of all the administrative and bookkeeping aspects of the business as well as marketing, promotion and sales. I attend most of the knife shows with Allen. I also maintain our web site. I have recently taken an interest in photography and enjoy taking photos of Allen’s creations as you can see on the website.